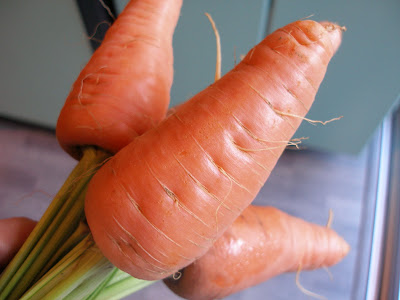 This week's box contained:
Basil: quickly made into a batch of pesto, in combination with several bunches of chives I had on hand from last week's box.

Red Beets: roasted and tossed with salt and balsamic vinegar. 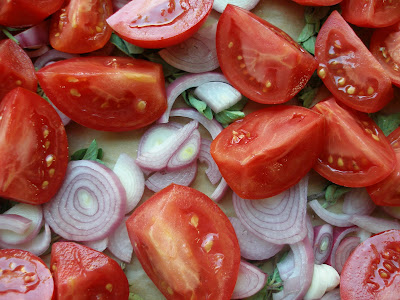 Tomatoes: given that I traded the butternut squash for additional tomatoes and cayenne peppers, I had a lot of tomatoes on hand -- several pounds.  Sauce is easier to preserve than whole tomatoes and there was no way we'd eat that many, so I decided to try Easy Oven-Roasted Tomato Sauce from the Bitten Word blog.  I used the remaining red Tropea onions from the September 25th box and a bunch of oregano from the August 28th box.  I was shocked to find the oregano was still fresh; again, Evert-Fresh Bags 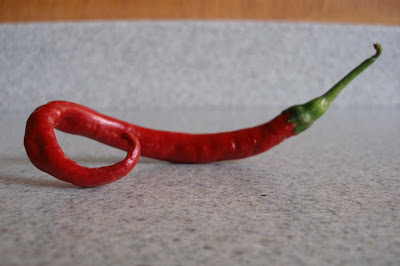 Cayenne Peppers: I'd never seen a cayenne pepper before.  With two bunches on hand and plenty of dried cayenne pepper powder in the pantry, I decided to make hot sauce.

Sterilize the canning jar, keep warm.  Meanwhile, prepare the peppers and bring the vinegar to a boil.  Add salt and granulated garlic the canning jar.  Fill each jar with the sliced peppers, tightly packed.  Top the jar with the boiling vinegar, leaving 1/2 inch head space.  Seal the jar and process following the steps for canning high-acid food.


Fennel: roasted with lemon zest, salt and olive oil.  We'll either use this on a sandwich or to top a salad.

Carrots: these will hold, so decided to let them sit.