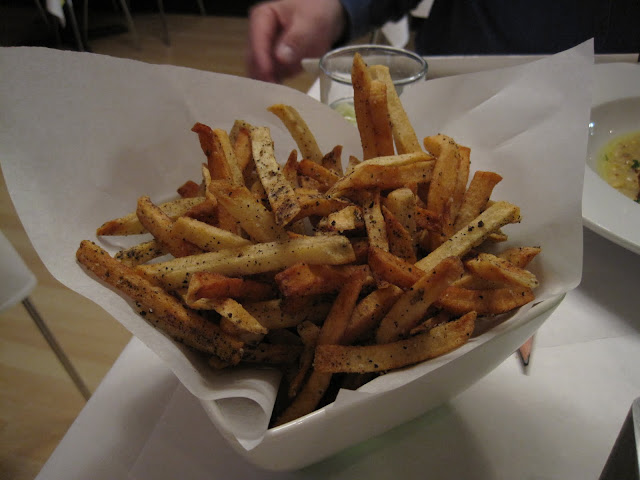 Nutrition was not the name of the game today. This video shows the breakfast options at our hotel; I opted for a banana followed by some oatcakes that I had brought from home.

Lunch was in two parts, both at diners. First course was fried pickle spears at Peggy Sue's just outside Barstow. The second course was a Gardenburger at Jedro's in Needles,CA. Both very tasty, just glad I brought along a lot of spandex.  I am not surprised the US has an obesity problem. 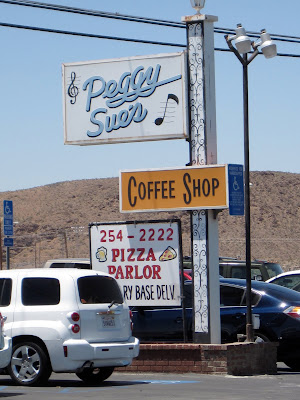 Dinner was a completely different matter.  We used Yelp to find restaurants in our area, sorted by rating, then chose the one that looked like the best match for our taste.  We chose the Tinderbox Kitchen and are extremely glad we did.

The Tinderbox kitchen offered fantastic food and service with a comfortable, slightly trendy atmosphere.  At the hostess station they offered temporary tatoos of their logo and on the speakers you heard mixes assembled by the staff played via iPod playlists. 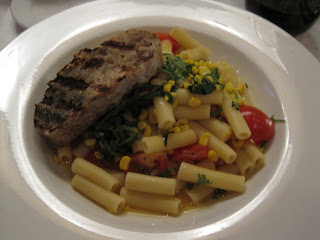 Black pepper was a theme throughout the meal, everything highly spiced.  I had the "Black and Blue" Beet Salad (minus the blue cheese) and the Ziti pasta with Campari Tomatoes (minus the goat cheese).  The salad was so good I ordered a second one to go for lunch the next day.  Sean had the Pork Belly Confit on Blue Cheese Grits followed by the Seared Scallops with Poblano Bacon Creamed Corn and a side of Black Pepper Frites (pictured above).  We left no room for dessert, but the options sounded fantastic. 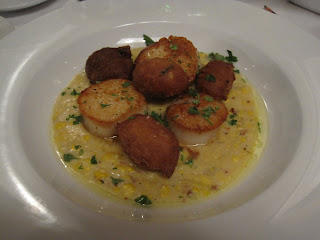