A Trio of Seasonal Cannelloni 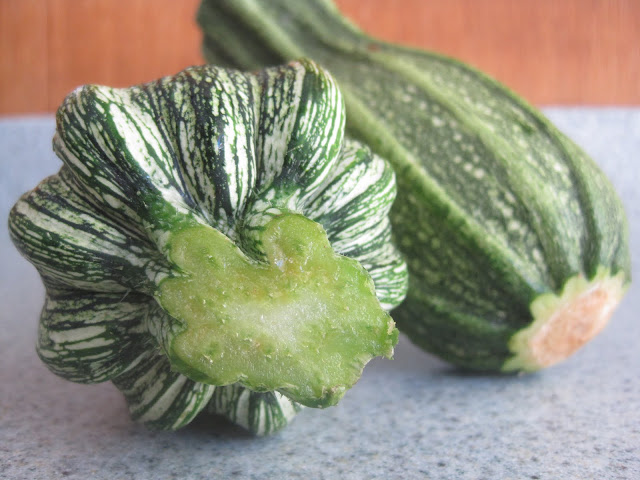 This week's box included:
We've actually got quite a backlog going, especially with the zucchini and carrots.  With zucchini in mind, I started digging through cookbooks for a recipe that would help work through that backlog.  Happily I stumbled upon a series of recipes for cannelloni, whose fillings cover several of this week's vegetables; the cookbook: Simple to Spectacular: How to Take One Basic Recipe to Four Levels of Sophistication

by Jean-Georges Vongerichten and Mark Bittman.

Tonight's menu:
Recipe for the cannelloni included below. Other ideas on getting through this week's box included: 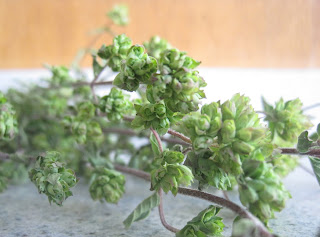 A Trio of Seasonal Cannelloni
Adapted from Simple to Spectacular

One pound fresh pasta dough (to be shared across the following fillings), shaped into 4 x 6 inch rectangles, boiled for ~3 minutes, then cooled in a ice water bath.  Pat dry before filling.

Preheat oven to 450 degrees Fahrenheit.  Prepare fillings and fill cannelloni as described below.  Bake until golden brown on top, about 10 minutes.

Boil the potatoes in salted water until soft, drain and set aside. Sauté the garlic, salt, and pepper, till garlic begins to color; add 2/3 of the arugula, stir for a few minutes, then cover and remove from heat allowing to steam for 5 minutes.  Chop the remaining arugula with the sautéed arugula.  Add potatoes, olive oil, and 1/2 the pecorino; mash and mix well.  Stuff 1/3 of the cannelloni shells, placing them in a single layer in a baking dish, such as an oval gratin

.  Drizzle with stock, a bit of olive oil, and the remaining cheese.

Sauté the spinach, arugula, mesculun and garlic in 1 T evoo until the greens are tender, about 5 minutes.  Set aside to cool, then finely chop. Stir in the basil, egg yolk, 1/2 the Parmesan, and the nutmeg.  Season with salt and pepper.  Stuff 1/3 of the cannelloni shells, placing them in a single layer in a baking dish, such as an oval gratin.  Drizzle with stock, a bit of olive oil, and the remaining cheese.

Sauté the zucchini, a large pinch of salt, and 1/2 the thyme in olive oil over medium high heat till just tender. Toss the zucchini mixture with the scallops and cayenne. Stuff 1/3 of the cannelloni shells, placing them in a single layer in a baking dish, such as an oval gratin.  Drizzle with stock and a bit of olive oil.

Deglaze the sauté pan with the cream, 1/2 water, and the remaining thyme; simmer till reduced to 1/4 cup.  Lower the heat and whisk in the butter; season with lemon juice, salt and pepper.  Set aside.