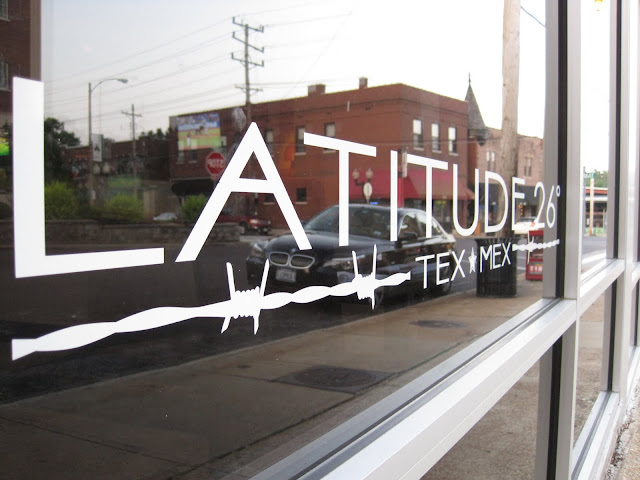 Yesterday was a long day that wrapped up nicely at Latitude 26 Tex-Mex.  The food was good and the staff took great care of us.  I'd recommend this spot to others in the area.

We left St. Louis, MO today  ~ heading back to Silicon Valley via I-80.  While off Route 66, we are still deeply interested in the food along the way!  I must say, today has been a banner day.

We started out at the hospital with my father.  It was like the movie "Groundhog Day". I smiled to myself when I saw the breakfast provided to him (pictured below).  Strikingly similar to the buffets along our path so far... 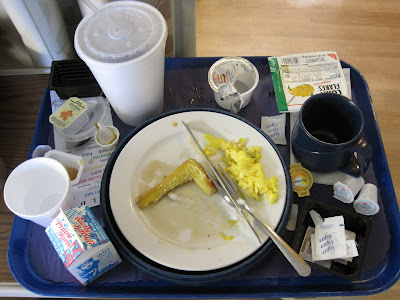 I have always wondered what "American food" was; I guess the unmistakable pattern we've seen over the past week is the classic American breakfast!

Dinner tonight was nothing short of stunning.  As a reminder, I'm a vegan and Sean is not.  Lots of compromise happens when we dine.  Tonight was a nearly perfect situation with fantastic meals for each of our individual tastes.

Using Yelp on our iPad, we found a vegan restaurant within minutes from the city's best barbecue.  Both restaurants offered carry-out menus on their web sites, so we were all set. 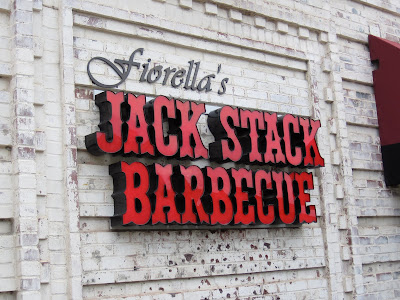 Sean ordered the rib combo platter (which was enough for 3 people).  It included beef ribs, pork spareribs, pork short ribs and lamb ribs as well as baked beans and french fries.  Nothing was less than excellent, but according to Sean, nothing but the ribs mattered.  The menu itself is incredibly broad; if we were local, Sean would work his way through it.

Star of Show: lamb ribs (due primarily to their novelty; this is the first time he'd seen lamb ribs as an option). 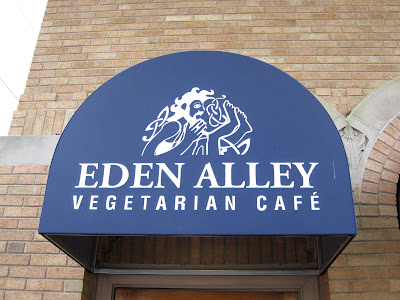 Eden Alley's menu was equally broad. Thankfully their staff was incredibly helpful in narrowing the field of options.  We settled on half orders of the roasted potato burrito (daily special) and the spinach and mushroom loaf.  Truly amazing. 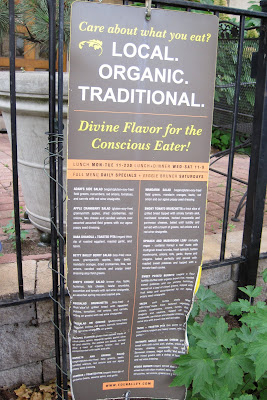